12 years it’s taken to find a stable fix for my gut! I have lived with my condition for almost half of my life, not being able to eat or go out with friends or family to restaurants as I was scared that I’d have another debilitating gut attack. These attacks would render me curled in a ball, at the bottom of a shower on full hot, literally scorching my skin because that was the only way if could fight the pain of one of my “attacks”. The pain was so intense I couldn’t speak, let alone have the cognitive capacity to even form a sentence in my mind. I couldn’t even swallow as my stomach would reject my own saliva. These attacks would last from 12hrs to 5 days straight. For the last 12 years I’ve been scared to eat. I didn’t want to go out in public to enjoy family occasions, I’ve missed Christmas’s, birthdays and other moments of my friends and family because I used to be paralysed with fear that I would have a gut attack out side of my house so I could rush to the shower to just in case I turned.

Throughout this time, I’ve spent over $15k on doctors, specialists, surgeon consultations, tests, bloods, “medicine”… the list went on. I’ve been diagnosed with Gall Stones, Stomach Ulcers amongst other things – all incorrect – been prescribed pills from every colour of the rainbow including anti-depressants, pain killers etc etc etc… Nothing ever worked. I even had an attack in hospital after coming out of anaesthetic after an endoscope. The nurses pumped me with as much morphine as they were allowed to give me – which did literally nothing for the pain – after 3 hrs of my grinding chunks out of my teeth my gastroenterologist had to discharge me so I could go home to the shower on the condition I called the ambulance if that didn’t work… it did. But that’s how severe these attacks were and I was having about 20 a year… almost 2 a month… for 12 years.

I met Adrian from Living Holistic Heath at his house a year ago on a last ditch resort for some kind of answer and different perspective as to what the hell was actually happening and if he could fix it. We worked through a couple of ideas, did some more blood tests, ran through another couple of ideas… and hey, they seemed to work for a little while, but my gut was never really “fixed”. I was still suffering precursive moments where I would have to rush to stop or at lease minimalise the attack, but they were less frequent so in my mind we were winning.

So I went back 2 months ago and gave him the run down of what had been happening. After a short consultation we had another game plan, and HOLY $!#T… I mean; he made this herb juice (that I gave a very rude nick name to due to its taste) but went through with the plan and today is the day after my final check up. Two weeks ago, I was sitting at the table an I realised I wasn’t monitoring myself for symptoms or precursor to an attack. For the first time in 12 years, I actually sat at the dinner table and was able to continue with the conversation without being worried I was going to vomit and be stuck down with crippling pain.

I can’t express how grateful I am to have my life back. Eating is something we take for granted and in my case something I haven’t been able to do without a decent serving of fear and anxiety attached – pardon the pun.

So thank you Adrian and the crew at LHH. For being so caring, polite and actually taking the time to listen and understand that I had something very uncommon. I will never be able to thank you enough.

Sorry about the novel, but it has been a big journey that I couldn’t have overcome without your help. 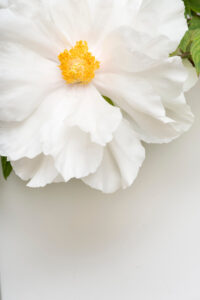 Do you know which type of PCOS you have?

Which type of Polycystic Ovarian Syndrome do I have? There are four different types of PCOS according to the Rotterdam Criteria. Do you know which ... 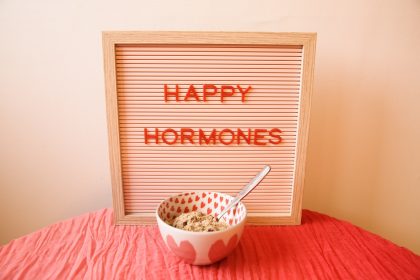 How can I help my PMS symptoms?

Are you tracking your cycle? Having a complete understanding of you menstrual cycle is crucial for dealing with any hormone imbalances. That includes dealing with ... 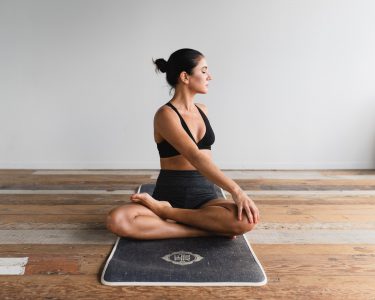 5 Ways to Beat the Winter Blues

Winter is here, and for many that can mean a dip in mood. Is there anything we can do to give ourselves a mental boost ...